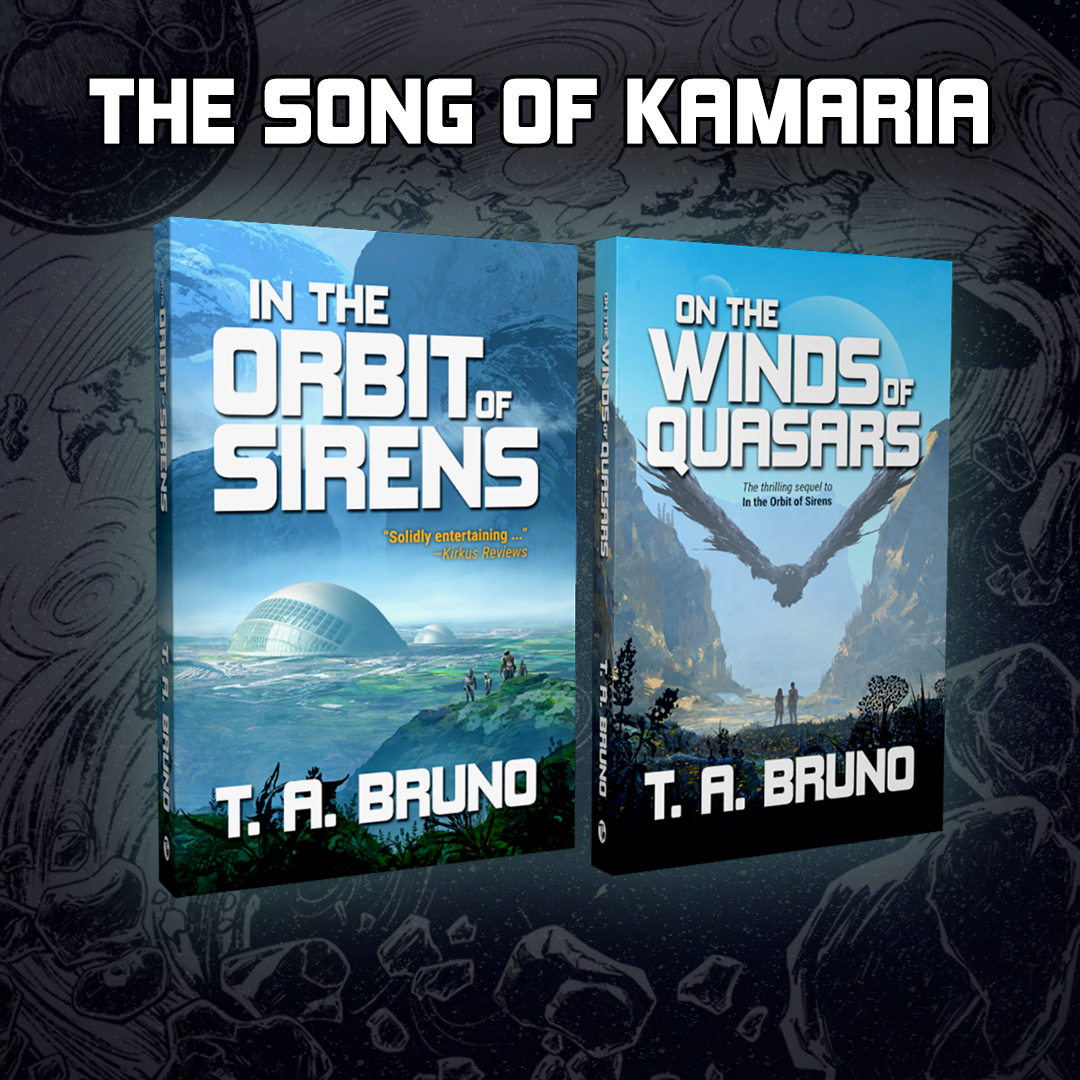 It’s been a busy month!

I finally revealed On the Winds of Quasars, so now I can stop calling it “book 2” which is great.

Earlier in April I finished my post-beta edit of On the Winds of Quasars. It’s currently in the hands of Dylan Garity, who is returning in an expanded role from his previous editing of In the Orbit of Sirens. I love working with Dylan, and I look forward to seeing his notes.

With Quasars in the editing-oven, I’ve continued progress on Book 3 (man, I can’t wait to reveal it and stop calling it that). Book 3 (hmm) is coming along nicely, with plenty of cool action, high stakes, and epic adventures. It’s a beefy book, but it will conclude the trilogy exactly the way I want it to. Sadly, you’ll have to wait until at least 2022 for the release (but who knows! Maybe sooner if the stars align nicely.)

For sticking around, check out this excellent interior art piece by Jason Michael Hall that we haven’t revealed before:

That’s all for now. As much as I want to ramble on about how cool book 3 is coming along, I’ll spare everyone the spoilers. Stay tuned for more info coming soon about Quasars release date (I’m waiting until it’s more ready to announced that.)

Have a great day!

This site uses Akismet to reduce spam. Learn how your comment data is processed.